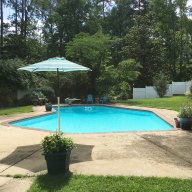 What will the price be on the group purchase? Is this group buy still an option?

It is an option, I can add you if you want 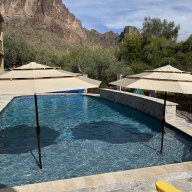 cowboycasey said:
It is an option, I can add you if you want
Click to expand...

Please add me to list for the group buy.
Reactions: cowboycasey
H

I would love to be added to the list if still avail.
Reactions: cowboycasey
B

Received my ariel a little over a week ago. So far I am more than pleased with its performance. A little frustrating waiting for delivery (ordered April 18th) but it was definitely worth the wait. It navigates my old odd shape Anthony pool with ease. We have a tone of Japanese beetles in our area and this little guy takes care of business. Everyone gets a kick watching him work around the pool. My kids named him Sarge. Battery does not last through the night. Were full sun mostly all day starts up on its own and goes to work.
Reactions: Snoobug
B

I received my Arial from Solar Breeze about a week and a half ago. It worked intermittently for the past week plus and now has died. Sent a request for a replacement today. We shall see what happens. But so far not happy after the super long wait and my other 2-year-old solar breeze NX2 product dead also.
Reactions: Snoobug
S

BWK said:
I received my Arial from Solar Breeze about a week and a half ago. It worked intermittently for the past week plus and now has died. Sent a request for a replacement today. We shall see what happens. But so far not happy after the super long wait and my other 2-year-old solar breeze NX2 product dead also.
Click to expand...

I have had the Instapark Betta since February. It has been replaced three times and repaired once in between replacements. I was hoping the new Ariel was going to be a reliable unit but your quick problem has me worried. I hope your replacement lasts. 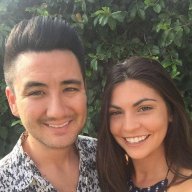 Hello, I would be interested in the group buy as well, thanks!
Reactions: cowboycasey
G

cowboycasey said:
It is an option, I can add you if you want
Click to expand...

I'd be interested as well. I'm ready to order.

I can add you but we are still waiting for this to happen, at this point it may be next year before we can do the group buy...
W

If it's the chip that's holding up his production then don't expect it soon. There are much bigger fish waiting and he's on the very bottom of the list.
D

Received my Ariel last week. A little initial disappointment since it seems to pretty much circle on one side of my irregular shaped pool (even in zero wind condition). I'll watch closely over the next week or so to see if this is my imagination or if I need to reach out to solar breeze. 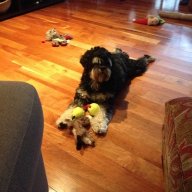 Just changed my mind about the list. Going to hit buy today as I watch the pine straw, magnolia leaves and hibiscus blooms dive bomb the pool to prevent another year of skimmer’s shoulder.

The week before last, Ariel started acting up. She was going around in circles. One paddle-wheel would turn one way and the other the opposite.
Having the advantage of living about 5 miles from Solar Breeze, I took my Ariel down for a check up.
Paul (the owner) was great and immediately knew what the issue was.
He just cleaned the two optical sensors on the front, powered her up and both wheels then turned in the same direction.

Just as an example of the great Solar Breeze customer service. He had me fill out a work order form and then sent me on my way with the old Ariel and a brand new (in the box) Ariel. He said if she starts acting up again, just unbox and keep the new one and bring the old one back.

Well I waited for about a week and I had no more problems, so this morning I returned the new Ariel back to Solar Breeze.

The way that Ariel works is when one or both of the optical sensors detects an obstruction (i.e. side of the pool), the processor will command one of the paddle-wheels to turn the opposite direction which causes Ariel to back up and turn in a circle until the obstacle is no longer detected. Then both paddle-wheels will again turn in the same direction and away she goes in a straight course. 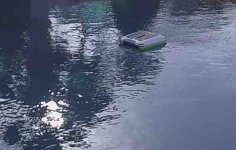 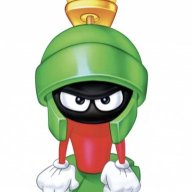 Did you ask Paul about the battery life? Still disappointed with how long it runs.

In fact I just ordered a Betta 2. Will do a side to side comparison.
Reactions: Orion7319 and MyAZPool
W

Rumored that Pentair has one in the works, once this becomes truth I will start selling them to my clients. Far too many issues in the past imo.
Reactions: Orion7319

Did you ask Paul about the battery life? Still disappointed with how long it runs.

In fact I just ordered a Betta 2. Will do a side to side comparison.
Click to expand...

No sorry, I didn't bring that up.
Actually, I didn't think about it coz it really hasn't been an issue for me.
My Maytronics runs between 7-9 in the morning and again between 8-10 at night.
I put the Ariel in the pool between around 9:00 am to about 7:00-8:00 pm typically and put the Maytronics hose up on the kool deck.
Never could find a good way to de-conflict the two so this method has been working out pretty good for me.
Consequently, I haven't had any issues with the battery life.

Really looking forward to reading your comparison report between the Ariel and the Betta 2.

Every now and then you have to read a post twice, because on the surface it seems ok, but something nags at you like a a wife on garbage day.

You run your robot twice a day!!!!! You must have the worlds cleanest pool.
Reactions: MyAZPool

Scam? Solar Breeze Ariel for Under $100

Battle of the Solar Skimmers: Ariel vs Betta 2 Bake off!!!