WHO has safety data for incidental ingestion by children in that same article up to 117 and recommends keeping it below 100. Not sure where you are getting the 40-50 data?
Citation 1:
Where chlorinated isocyanurates are used, levels of cyanuric acid in pool water should not exceed 100 mg/l.

Citation 2:
The Joint FAO/WHO Expert Committee on Food Additives and Contaminants (JECFA) has considered the chlorinated isocyanurates with regard to drinking-water disinfection and proposed a tolerable daily intake (TDI) for anhydrous sodium dichlo- roisocyanurate (NaDCC) of 0–2 mg/kg of body weight (JECFA, 2004). This would translate into an intake of 20 mg of NaDCC per day (or 11.7 mg of cyanuric acid per day) for a 10-kg child. To avoid consuming the TDI, assuming 100 ml of pool water is swallowed in a session would mean that the concentration of cyanuric acid/chlorinated isocyanurates should be kept below 117 mg/l. Levels of cyanuric acid should be kept between 50 and 100 mg/l in order not to interfere with the release of free chlorine, and it is recommended that levels should not exceed 100 mg/l.

I haven’t written much in this forum recently (did when I first put in our pool). I have followed TFP guidelines steadfastly and our pool is now in having its 10 year anniversary this fall. In that time, not one algae bloom (some warning signs of course of the years, but following the TFP method prevented from getting out of control). Kids grew up on these recommendations and with the CDC and WHO both indicating keeping levels of CYA below 100,
Reactions: tim5055 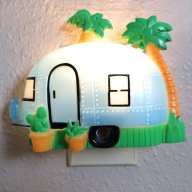 A
Scientific evidence that hi FC is safe