Today I noticed my Aquarite was not generating but displayed the LCD salt level but no colored LED lights.

Switching it off then back on showed very dim LEDs and then they dim out in a few seconds.

Any idea if this is a symptom of the dreaded current limiter failure or some other problem I might self diagnose.

FWIW, the T15 cell was replaced with new about 3 months ago.
J

What are the diagnostic readings?
R

JamesW said:
What are the diagnostic readings?
Click to expand...

JamesW said:
What are the diagnostic readings?
Click to expand...

When I power the equipment on, the no flow light lights, but after the minor delay it goes out and other LEDs light.

Time to break out the soldering iron...

Soldering done. I knew it was just a matter of time on the old thermistor, so I had some spares.

They should have made that thermistor plug-n-play.

I wish I was smart enough how to find an over spec part that would be a permanent replacement instead of an overheating element in that box.

Thanks folks at TFP!
J

I agree that they should make the thermistor plug in. Or, better yet, just figure out how to design it out.
J

I have the exact same problem. Can the OP provide more details on how you fixed it? Thanks.
D

jkayca said:
I have the exact same problem. Can the OP provide more details on how you fixed it? Thanks.
Click to expand...

There are a gazillion youtube videos on this well known problem and fix. Here is one I found: 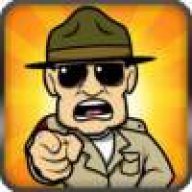 I've had my Aquarite for over 15 years and have experienced most failure modes and associated expenses over the first few years. Got tired of that real quick so I got working on creating safeguards against these failures. I'm happy to say I have been failure free for at least the last 10 years. I'll share my real world tested solutions below but first a disclaimer:

The information below is provided for reference only. I make no statement, representation, or warranty about the quality, accuracy, context, completeness, availability or suitability for any purpose of, and you should not rely on, any information provided by me through this website. I disclaim all responsibility and all liability (including without limitation, liability in negligence) for all expenses, losses, damages and costs you or any other person might incur for any reason including as a result of the information I provide being in any way inaccurate, out of context, incomplete, unavailable, not up to date or unsuitable for any purpose. If you use this information or implement any of my suggestions, you do so at your own risk.

Priority ONE: Put a high quality, high Joule surge suppressor in line with your AC feed to the Aquarite (and make sure it is properly grounded to divert the surge energy).
The NTC thermistor used to limit inrush current (the "big black disc") usually blows after a power surge, typically brought on by a storm or utility glitch. My Aquarite power feed is via a standard grounded outlet, rather than directly wired in, so it was cheap and easy for me to add a surge suppressor. Panel mountable suppressors do exist but although robust, they tend to be bulky and expensive.

Priority TWO: Next time you need to replace the NTC thermistor, put one in with a larger failure energy threshold.
The exact cold resistance value of that part is not super critical but don’t go under 2 Ohms or over 5 Ohms. The steady state current rating (SSI) should be at least 20A. For a direct replacement, I recommend a SL32 2R025 or 4R023 over the currently shipping 5R020. They have higher failure energy ratings. That said, a combination of devices mounted off-board can yield much improved robustness and ease of replacement (read on).

These devices get VERY hot in normal operation. Over time, they age faster from the constant baking and eventually fail when solicited a little harder than usual (transient, surge, glitch, etc). You can usually spot a failed Thermistor by physical damage (cracks or parts of the disc literally blown off). However, in the absence of a large surge, a failed thermistor can also appear physically undamaged. The constant high temperature baking destroys the device over time and makes it so brittle that it will crumble to pieces when you try to handle it.

When I bought my Aquarite in 2004, it came with an SL32 2R025 NTC Thermistor (548J fail threshold, 2 Ohms cold resistance). A few years later, when I replaced my main board (fried to a crisp by a lightning surge) the manufacturer had switched to SL32 5R020 NTC thermistors (lower 300J fail threshold but 5 Ohms cold resistance). I assume the 5R020 is still what is being shipped in current models. That new board eventually suffered a blown NTC Thermistor too and I had to replace it. I could have just installed the same part but decided it was time to improve things a little. An easy, but marginal, robustness improvement could have been had by using an SL32 4R023 NTC Thermistor (448J fail threshold over the 5R020's 300J). However, I decided to go the extreme route for my setup and did a Parallel/Series combo of SL32 2R025 devices mounted on terminal blocks for roughly 4x the original surge energy and heat dissipation ability, AND easy replacement (see pics and Ametherm SL32 series NTC Thermistor specs table). Ironically, I have not had to replace them since, so it was well worth the effort. Note that the parallel/Series combo is not perfect and can fail at lower than 4x the surge energy due to the 4 devices not equally sharing said surge BUT, it has been going strong ever since I installed it so practically speaking, it does indeed provide significantly increased robustness vs the single device.

On a final note, desoldering these Ametherm devices from the Aquarite main PCB is not an easy task for the inexperienced or ill-equipped. The PCB pads are large and heavily peppered with vias giving them a lot of thermal inertia. It is easy to damage the PCB or device mounting holes while attempting to remove the NTC Thermistors. If you dont have the experience or tools, ask a friend who does.

Hope this helps others on this forum.

Hi folks, thanks for the help. I've ordered a new thermister. Hopefully it will get here soon.

Note to Mod(s): I realize this post would probably be more pertinent in a lighting related thread but it would require adding more background info to an already long and technical post. Feel free to link to it from any lighting related post or move it altogether as you see fit.


Since most people reading this thread now know more about NTC thermistor devices (NTCTs), here is another useful tip:

The information below is provided for reference only. I make no statement, representation, or warranty about the quality, accuracy, context, completeness, availability or suitability for any purpose of, and you should not rely on, any information provided by me through this website. I disclaim all responsibility and all liability (including without limitation, liability in negligence) for all expenses, losses, damages and costs you or any other person might incur for any reason including as a result of the information I provide being in any way inaccurate, out of context, incomplete, unavailable, not up to date or unsuitable for any purpose. If you use this information or implement any of my suggestions, you do so at your own risk.

If, like me, you are still using incandescent or halogen 12VAC pool lights (yeah, I know, I need to upgrade), adding an NTC thermistor in series with your pool lights is a great way to extend their life. It creates a very simple and cheap slow turn-on mechanism (I’m talking about your pool lights here, not your significant other, of course ) that prolongs bulb life.

Incandescent/halogen bulbs usually blow at turn on, due to the stresses created by the momentarily high inrush of current into the cold bulb filament. As the bulb filament heats up, its own electrical resistance increases and reduces the initial inrush to a lower steady state operating level. Sound familiar? The NTC thermistor was specifically designed to limit inrush current by starting out at a relatively high "cold" resistance which then drops as the thermistor heats up from the passing load current. The opposite of that bulb filament. To get the slow turn-on effect, the NTCT has to be “cold”. This takes a minute or two to happen after you turn the power off. The bigger the NTCT and the higher the current, the longer it takes to cool back down. If you like to rapidly turn your lights on and off strobe style, you won’t get any slow turn-on effect... At least not for your pool lights

Here is a link to downloadable videos (real-time and slow motion) showing the effect (videos).

Notice how the light starts off glowing orange then transitions to bright white as the NTCT resistance decreases and resulting bulb current “slowly” increases. Avoiding the “instant on” jump in current does wonders for bulb life.

You can also add a lower current, higher resistance NTCT on the 120 VAC side but unless you are an electrician, I strongly advise you tinker on the 12VAC side ONLY, if at all.

Finally, remember that NTCTs get VERY hot in operation so make sure you install them in a way that they won’t burn through any wire insulation or worse, start a fire. A metal electrical box is ideal. Mine are installed inside my Hayward transformer enclosures.

Hope this is useful and not overly technical.