Hi,
I have an old Aqualink RS4 that came with the house. It's worked well, but this last week, I first started seeing 3 LEDs under the buttons - so not the button LEDs light up - see picture attached.
The buttons still worked so I could turn on and off the pump from the panel. And the schedule was still working.
Then a couple of days later, the panel stopped working - the display was on but only showed the air temperature - but the buttons didn't work.

I haven't done any changes... I did reconnect the 4 wires at the outdoor controller and that brought it back to the state in the picture - i.e. the buttons work again but the LEDs are on.

Some kind of bad wiring?
I have a SPA side remote that's also connected and that one works fine. But could it be something got reset and they are talking on the same channel?

May be a problem with your PCB board. See this thread...

AquaLink RS8 - all lights on, no control over equipment

I had an issue where I think the inside of the external AquaLink RS Control near the pool equipment got water inside. Now all lights on the inside AquaLink RS8 are on and is displaying the revision number (6700 Rev. C). Outside there are lights on the panel (if you can't see it - the following...

May be a problem with your PCB board. See this thread...

Thanks!
I hope it's not!

When I go to the diagnostics menu section, the report comes back clean.

I'm really curious about the red LEDs - I haven't found any mention of them in any manuals.
Last edited by a moderator: Aug 5, 2021

Do the buttons work? 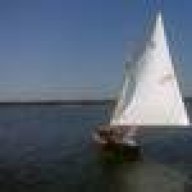 Did you try rebooting the entire Aqualink? You could also take that apart and (carefully) clean the contacts.
Reactions: HermanTX
D

So I reconnected the RS485 cables at the controller side but the lights were still on but it worked. I recently had a power outage and that seems to have cleared it - the LEDs are no not lit up and the panel is working
You must log in or register to reply here.
Thread Status
Hello , This is an inactive thread. Any new postings here are unlikely to be seen or responded to by other members. You will get much more visibility by Starting A New Thread

Everything Else Jul 8, 2022
kingdrift
K
A
Jandy AquaLink RS4/iAquaLink 3.0 question