Any such thing as a liquid chlorine auto dispenser? 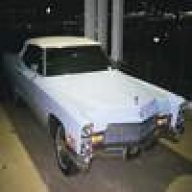 I'm getting tired of the 3" trichlor tabs; they keep running up the CYA count. But once or twice a week with liquid is not an ideal way to maintain a consistent level of free chlorine. I really don't like handling the concentrated liquid chlorine either. Is there a liquid chlorinator of some sort that I can pipe in to meter the amount of liquid being fed to keep a consistent level of chlorine in the pool?

Second question? What is the amount of 12% (pool supply store concentration) of chlorine needed to raise chlorine in a 10,000 gal pool by 1ppm, i.e. what is the calculation for this, and how would you adjust if for the grocery store 6% or 8% chlorine bleach if needed in a pinch? 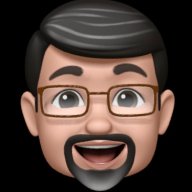 Look up a Stenner pump for liquid chlorine dispensing. For the chlorine adjustments, visit the pool math calculator. Scroll to the bottom and you’ll see where you can see the effects of adding any pool chemical based on the number of gallons entered at the top of the page.

Discover the calculator behind the perfect pool, PoolMath. Dealing with pools has allowed TFP to become the original authors of the best calculator on the net.
www.troublefreepool.com
Reactions: HermanTX

If you search on the forum for Stenner pumps you can find several ideas that members have come up with to do auto injection of liquid chlorine. Have highlighted @Stenner Tech Support

They have the advantage of working all year round in cold climates that put SWGs out of business for a few months each year. But ya still gotta lug the chlorine from store to home. Trade offs.

That link to /calc.html is nice but why isn't is accessible from any main tfp page? The pool math page only has links to various phone apps which I neither need nor want.

I'll look into the stenner pump possibility. Yes one would still need to buy the liquid chlorine, but other than powder (cal-hypo) it's the only way to Not use trichlor, or at least reduce the amount being used. One still has to buy whatever chlorine product being used.

Next possibility is pressed cal-hypo tabs in 3". I tried to look some up, but they are pricey and I read complaints that they dissolve too fast, dissolve into a mess and can't be used in a regular (such as a pentair320) chlorinator. I know they can't be mixed with tricolor but why can't they be used in a new or thoroughly washed out regular chlorinator? I just bought a new Pentair 320 to replace the 25 year old one.

cadillacmike said:
but why isn't is accessible from any main tfp page?
Click to expand...

At the bottom of every page on TFP is the Old Poolmath Webpage link. PoolMath

cadillacmike said:
I know they can't be mixed with tricolor but why can't they be used in a new or thoroughly washed out regular chlorinator?
Click to expand...

The chlorinator is designed for trichlor. Only use trichlor in them. There are special cal hypo devices used for commercial pools.
Reactions: HermanTX

Thanks mknauss. I didn't see that small link but now I do! It's bookmarked.

Those commercial cal-hypo chlorinators are expensive! I really don't want to go to a SWG, but I want to get away from being dependent on trichlor for automaticaly maintaining chlorine levels.

Those stenner pumps can be expensive, but there seem to be other alternatives. I would still need to maintain a storage tank of liquid chlorine though. There do not seem to be any really attractive options pricewise or labor intensity-wise.

I
New to me pool-SWG and many things are off (Tucson, AZ)

SWCG Reduced Efficiency as it Ages?