And now for something completely different....SLaM progress 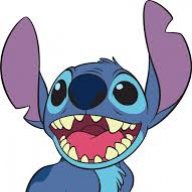 Got the FC to 15 last night, this morning it is at 14. Still no change in visibility and no increase in filter pressure, flow is normal.

Oh and the other thing I am not sure about, I read the SLAM page again and it says that the PH should be between 7.2 and 7.5 prior to starting, it was over 8.0 and I got it down to 7.5 at the beginning, but now it is lower than 6.8 and I've read some posts where it says the amount chlorine used during the process would raise the PH, in my case it has gone down considerable. Is that normal? 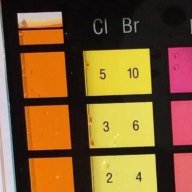 When your FC is over 10, your pH tests are invalid. I'm guessing that is what you are seeing.

Do you have a multi-valve on your DE filter? I assume you have double checked that it is set to filter and is not another setting like recirculate?

I do have a MP valve and I wish I made a mistake like that on this one. I've also been changing the flow around each day by rotating the return diverters some. 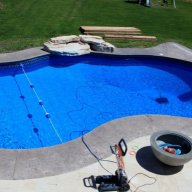 blt4ice said:
yes the biggest losses are during the daytime, I usually am able to keep up the FC in the mornings, but then being away from it from noon till 7-8 pm is when it really drops. Is it a good idea to bump it to say 18 FC at noon so it won't go too far down by 5 when it starts to shade?

I'll share my experience from my first SLAM wherein I inadvertently overshot my FC massively - and if what I (inadvertently) did is a bad ideal I'll ask the experts to let me know.

I started my SLAM with Poolmath configured to imperial units, with which I'm not particularly comfortable, being a metric fellow. So mid-slam I learned how to change the Poolmath settings to metric and went on my merry way. Unfortunately my pool volume got really messed up. It took my volume in litres (74,000 ish), and somehow converted it to 280,000 litres! My best guess is that it took my litres entry and thought it was gallons. Long story short: After adding the suggested liquid chlorine volume I had an FC of something like 45 ppm, way over the 28 ppm SLAM level. That got me over the hump. I had been making slow SLAM progress, almost treading water one might say, but that insane hike to 45 ppm and the slow drift down had my cloudy pool taking it's place in the "How Clear is TFP Clear?" thread.

Given my experience of having an FC of 40+ I suspect that taking your pool to 18 won't have any downside. Shock Level And Maintain - Maintain is a key term in that acronym.

So I appear to not have a lot of POP and I went with the quick and hard way. I put floc in Friday at 6 ran the pump on recirculate for 2 hours then shut it down till Saturday morning. Vacuumed to waste about half of the pool then added water and did the rest. Topped off the chlorine and woke up to this. Still a little hazy in the deep end but I’ll take. Of course it wasn’t all magic. I weighed the good and bad and went with this decision based on the pool taking way too long to clear up. For whatever reason it was taking forever to clear on the filter alone. The price I had to pay above and beyond the initial slam is the floc at $35 two slow vacuum about 1000 gal of top off and a deep clean of the DE filter. I think it was about 6 hours of extra work. But for me I got payout I wanted and I’m expecting some interest coming with another Deep clean of the filter in case there was any more floc that was missed. Just keeping the thread going in case someone in the future gets the point I was at and they can use to assist in their decision.
I wouldn’t recommend this for everyone and even though it worked for me this time, it may not work for me the next time. Just remember that everyone’s pool is different, equipment is different and water chemistry is different. So far the one constant is that the SLaM method is a great way to get your pool to a balanced state. More to come when I test the water later.

Do I go after PH next?
You must log in or register to reply here.
Thread Status
Hello , This is an inactive thread. Any new postings here are unlikely to be seen or responded to by other members. You will get much more visibility by Starting A New Thread

D
Working on a SLAM

P
2nd time SLAM - help me do better this time!

S
Added calcium and now my numbers are off??