I saw an older thread in here recommending a pool rover jr, is that still a good option or is there newer and better options?
Thanks in advance! 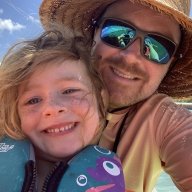 We've been super happy with our Dolphin Nautilus.

I've been happy with "Flipper" our Dolphin E10.
Reactions: Tacpete 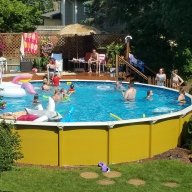 Generally, the Dolphins are more highly thought of around here, though I did not have a great experience with mine as it had to be sent for repair 3-4 times in my first two seasons. They did repair it under warranty, but since I always had to mail it in, have them repair, and then wait for them to send it back, I barely had use of it during my first two swim seasons as it was either in transit or not working.

Also annoying was that one of the times they just sent it back to me and said nothing was wrong and it works fine, which of course, it didn't. The last go round they replaced the motor and it has worked well the first 2 months of this season.

I know things happen and they did fix it, but it was nothing but a headache those first two seasons so I'd like to see it work for a full season before I would recommend.

I was looking at the Pool Rover Jr a bit ago, and I'm pretty sure it was discontinued, though stock exists.

Now that I've got my pool up, I was looking again and found the Aquabot Pool Rover S2-40. Not sure if it's the successor to the Pool Rover Jr but it seemed small like the Jr. One thing I did note is unlike the Jr, it has a swivel joint on the power cord that ensures it won't get tangled.

Ultimately I went with the Intex auto cleaner, as it was a lot cheaper, but I was tempted on the S2-40 for sure. 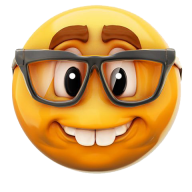 We have been using this as the "rovers" were not getting into the swept corners of our pool where 90% of the debris accumulated.

Durable. Powerful. Hand-held cleaner with extra debris capture.The Water Tech Volt FX-4Li incorporates the same durability and power as the Catfish and includes more accessories and debris capacity. Perfect for quick and easy cleaning in the Hot Tub or Spa or the entire swimming pool.

Tipher said:
I've been happy with "Flipper" our Dolphin E10.
Click to expand...

This is all good information. My specific issue is Japanese Beetle poop. It seems the filter on these devices is not sufficiently fine, and a great deal of the material ends up back in the water. My theory that it would then be available for the sand filter has not panned out. When I backwash, it is obvious that the sand is filtering a great deal, but I have not been able to clear my pool at all. The water is clear- until the rover or a person agitates the debris on the bottom- and chlorine levels, etc are adequate. I have SLAMMED and have no chloramines, and negative overnight drop, suggesting to me that algae is not my issue. Another thread advised trying a hose-driven vacuum to really clean it out and see if I can get ahead of it. I will try this next, but am
T

Tacpete said:
Does it do well with the "fine" silt / sand / dirt etc?
Click to expand...

Yes. I did order the extra fine filters. Ordered everything off Amazon.
M

dbdubb28 said:
We've been super happy with our Dolphin Nautilus.

Does it vacuum up your walls? I called Dolphin and they said the models which go up walls have a chance to puncture the liner. What is your opinion on this?

Yes it goes up the walls.
Well I've only had it for a few months now and haven't had issues with it. It has really good reviews and in the listing they describe it as "ideal for above ground".
Not sure exactly who you spoke with but I would think that if that was the case, they certainly wouldn't advertise it that way...
Reactions: Mokman

I have the Nautilus Plus and have never had a problem with my liner. Just put it in and pull it out 2 hours later. Clean pool!

M
Recommendations for a good ABP to bury two feet in the ground...