About to get first pool installed

I'm about to get my first pool installed tomorrow. Although I don't have first hand experience in pool care and maintenance I own a reef tank for over a decade now so I'm somewhat familiar with water testing and adjusting water chemistry.
I read thru Pool School and gained a knowledge I was lacking in this endeavor.
Here is my game plan - I purchased the whole 24' AG pool package from local PS including filter and chlorinator but decided not to install the latter and instead of manually add liquid chlorine and maybe next season get SWG installed.
Providing tomorrow install will go according to plan, I will start filling it with water probably Friday morning. I have no idea how long will it take, was told it may be a day or two.
My area have pretty hard water, so I'm planning to test fill water to see exactly what CH I'm dealing with, but I don't foresee too much problem with AG pool.

My first question is - if filling the pool will take more than a day, is it okay to add chlorine to make sure it's above 0 the whole time, or it wouldn't matter much?
I'm trying to get most of the remainder of a season and would like to get pool ready ASAP. I know it will take a few days to get CYA up to desired level after pool is filled but I would want to avoid having to SLAM pool right after.

Second question - since I'll have 2 speed pump, is it OK to run pump all the time on slow speed while CYA dissolves?

I'm sure I'll have tons of more questions later on but this is it for starters. 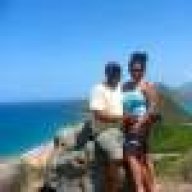 I’ll take the second question for $1000 Alex...I don’t see why you can’t run on low speed but I personally run mine on high when adding CYA or any other chemicals.

As to your first question I’m just not sure if it’s ok to add chlorine as the pool is filling but I would think you need to get some water in there first (say 1/3 to half full)?? Since you have a test kit it’s a good idea and good practice to test the water.

Filling the pool with a hose will for sure take overnight. I would start around noon so you don’t have to worry about it.

Great job reading ahead of time and creating a signature...use PoolMath!
F

Thank you for reply.

Pool got installed without a hitch, however installers want me to fill it only about a foot tonight and leave it for 24 hours to check for water loss or wet spots around.
This will probably derail my plan. So, now I think once the pool fills, perhaps Saturday morning I will start CYA and add a little chlorine to kind of hold things at bay.
Once I get to my goal of 40 CYA, I think it would be safest to bring pool to PH of 7.2 and chlorine to shock level and see if it passes OCLT. If it does I'll let FC drift to 5-7 and hopefully start enjoing it.
If it won't pass or CC will be grater than .5 I will hold it at shock level until it would pass.
Does that make sense?

If someone is interested here are pictures from progress made today

Wow that was fast and that’s a big pool! Congrats...
F

Thank you!
Installation was super fast. It took the installers exactly 3 hours to level the spot 16 inches deep and install the pool.
I think it took almost the same time to assemble pool ladder, lol.

Here is update in case someone might find it helpful.

Installation was done at 6:30 pm on Thursday.
Immediately we started filling pool with a foot of water as per instructions.
It took about 7.5 hours and at 2 am we had a foot of water in our new pool
We were told not to fill anymore water for 24 hours and check for wet spots or water loss.
I decided to cut that time in half since I would not be able to inspect much at 2 am the next day

Upon inspection some 12 hours later we resume filling water on Friday afternoon.
Some 24 hours later pool was finally full. As a mater of fact by the time I check on it last time it was actually a little overfilled as water covered skimmer opening completely.
This condition caused a small leak thru the top of the skimmer. It wasn't bad, so I haven't made any water adjustment and instead decided to wait for enough water to evaporate.
At this point I started my pump, switched it to low speed, hang a sock in front of return with 3.75 lbs of CYA and did first water test.
The results were:
CYA - not tested since at this point it was just fill water
FC - 0.5
CC - 0.5
pH - 7.4
CH - 150
TA - 270
TA is the only problem here. It seems like I will have to keep lowering pH with muriatic acid and then raising it back again by water aeration. Rinse and repeat enough times and I should get TA to more desirable value.
I also added a 121 oz. bottle of 6% bleach at this point.

On Monday morning FC was again down to 0.5
There went another bottle of bleach and we jumped in the pool for first time about 30 minutes later.
We stayed in for about 2 hours and I was squeezing CYA filled sock every so often to help it dissolve faster.
In the evening sock was finally empty. Here are the results from Monday night:
CYA - 30
FC - 4
CC - 0.5
pH - 7.6
CH & TA not tested as I don't expect much change.
At this point I only added 64 oz of 6% bleach which should raise FC to 6

I will retest again tonight to try to establish baseline for FC loss, with CYA at 30.
Water has been crystal clear all the time since Thursday evening and CC was never over 0.5, so I'll be testing daily but at this point I don't think there is any need to SLAM fresh pool.
J

Great job. This is just my experience/ opinion and not necessarily representative of the majority advice here, but upon filling my pool I brought it to SLAM levels for 24 hours and then ensured I could pass a Overnight Chlorine Loss Test prior to allowing myself to get to maintenance levels.
You must log in or register to reply here.
Share:
Facebook Reddit Pinterest Tumblr WhatsApp Email Link
Top Bottom