7 YO Sundance Hot Tub Thermostat is off by 10° 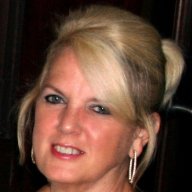 I see other responses to thermostat issues are easy enough to fix. Temperature on the unit is set at 90° but it heats to 100°. Can I replace the part on my Sundance Edison model? Thanks bunches!
R

Are there any error codes on the display?
Check you filter cycles. Long duration cycles can overheat the spa.

Thank you. We drained the hot tub over the summer about 3 years ago as the SC sun would bring the temps up even with the heat turned to 65. I wondered if the 3-4 months of downtown shifted things on the thermometer. It started the first time we started it up after the first summer recess. Not a real big problem today - we have learned to keep the temp set at 92° but never know what else could go wrong.
R

Well a temp sensor can go bad, and frequently do. However, a faulty sensor shows the wrong water temp on the display, and on that system it will usually show an error code on the topside: "----", sn1, sn2, OH, OHH, or such. Do you have any error codes showing? Is the actual water temp the same as the displayed temp?
You can test sensors with an ohm meter. Do you have one and know how to use it?
That system should also have a 3 degree shutoff, so if the water temp surpasses the set temp by more than 3 degrees it will turn off the circulation pump. They call it "summer logic". Some systems will also engage the pump(s) and/or blower if sensor reading surpasses set temp by 10 degrees, iirc. Have you noticed anything like that?
Does your jet pump seem to run constantly? Does it get loud or make a strange noise when you turn the jets on high? 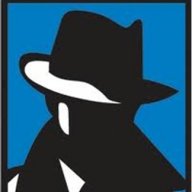 So what your system does - if it uses this type of sensor - is read the resistance through the thermistor and then based on its programming, infer a water temperature according to this chart. So at 90F, your temp sensor is supposed to read about 7.5 K ohms but what would happen if it has drifted a bit with age and now reads something higher than that? It would continue to heat the water until it finally reads 7.5 K ohms but the water would actually be hotter than 90F. How much hotter depends on how far the thermistor has drifted.

Is your system going to know that drift has happened and set an error code? Maybe, but maybe not. Your system will likely use the same sensor for both the temperature sensor and the high limit sensor. The only way it can know if the temp sensor has gone bad is compare it's reading to the high limit sensor's reading. Once the difference between what the two sensors read is high enough, the system will set an error code. In this case, maybe the difference isn't high enough to trip the code. Or maybe the high limit sensor has also drifted in the same direction so it's also reading a bit low like the temp sensor. In that case, there would be no way for your system to know there's a problem with either sensor and no error code would be set. You know it though because you set the system to run at 90F and it's keeping the temperature at 100F but your system thinks the water is at 90F.

Assuming your temp and high limit sensors are actually based on NTC-10K thermistors, the way to diagnose this problem is easy: Measure the water temperature with a decently accurate floating thermometer, use a multi-meter to read the resistance through the sensors and compare the readings to this chart. If either sensor's resistance reading is off from what this chart says it should be then you can be pretty sure what's causing your problem.

Thinking on a more simplistic, practical level, what else is there in your system that could be causing this problem? Maybe a bad motherboard and/or topside control but always eliminate the simple and most likely things before going to the more complex and less likely things. The logical thing to suspect here is the temp sensor and possibly the high limit sensor too. As I said, most companies use the same sensor for both things and if they're both about the same age, they should be both be replaced at the same time because if one is bad, the other is probably bad, or will go bad soon.

My advice is to replace both sensors and that should probably take care of the problem. I'd be darned surprised if it doesn't.
Last edited: Nov 22, 2020
R

You're close, @DangerBoy , but that system uses 2 sensors, one in the filter well (temp) and one at the heater (high limit) and compares the two. If one were out by a few degrees it would initiate an error (sn1, sn3, oh, ----, etc) depending which is out and by how much. Both sensors would have to be out in similar fashion to not have an error on the display. Possible but highly unlikely.
I suspect there is another issue, but of course recommend testing the sensors, and a few other things, before buying anything. Sundance thinks pretty highly of their sensors, and I am not a fan of throwing parts at a tub because they might be the problem. I need to know before I buy, my customers do not pay me to guess.
Sundance has a sensor resistance chart available, but I have never cross-referenced it to the HS chart to see if they are the same.
You must log in or register to reply here.
Share:
Facebook Reddit Pinterest Tumblr WhatsApp Email Link

A
After hot tub body stink

Dec 30, 2020
RDspaguy
R
S
Do I use the same math on the (inflatable) hot tub that I have been using on the pool for years? And a few other questions..