2 Months in, Does This Look Ok? 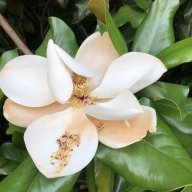 My chlorine is a little weird. FC and TC has held tight, both at 5 ppm until this last week. Here’s the weird part, when they’re not exactly the same it looks like my TC is a bit LOWER than my FC? What am I doing wrong? I haven’t put salt in yet and took out the last puck from the basket probably three weeks ago when it drifted as high as 7.5 (FC). ..

My pH usually measures around 7.8 but has dropped to 7.5 over the last two weeks. Builder told me to shoot for 7.2 with each adjustment, so I’ve been adding 4-8 cups of muriatic acid each week. It’s the only thing I’ve added to the water (other than pucks in the skimmer) until this week when I added 4 lbs of sodium bicarbonate. Rainfall has been plentiful and my TA had dropped from 90 to 60 before adding SB.

When should I add salt? Water temp is probably upper 40s...

It is not possible for TC (which is FC plus CC) to be less than FC.
I suspect you are not using a FAS-DPD test kit. Get one. What you are using in not accurate.

You can add salt once your pool water is consistently around 60 F.

Will do, thanks for the tip
Reactions: mknauss
You must log in or register to reply here.
Thread Status
Hello , There was no answer in this thread for more than 60 days.
It can take a long time to get an up-to-date response or contact with relevant users.

D
What is this stuff floating in my pool?