The first leak is just above the pump. This is a PVC joint. I don't know anything about repairing PVC.

The second leak is at the pressure gauge on the cartridge filter. There's a crack because someone maybe screwed the gauge in too tight. and cracked the filter housing. Is there a way to repair the crack... maybe epoxy?

Also - I think it's weird it goes from a 2 inch pipe down to 1.5 and back to 2 at the filter. Is there a reason for that? Am I right it should be 2 inch pipe all the way?

Based on your bottom picture it is probably best to change out the pipe from the pump connection to the filter. It appears whoever did it used what they had. The change in pipe size is not major but since you have a leak go ahead and fix it properly.

The leak in the filter housing is more of a concern because it is a pressure containing vessel that has a crack and could worsen if the filter is clogged with debris and it is not cleaned. Also, it is not shown in your signature but the pump may be a single speed and constantly running at maximum rpm so your pressure is most likely higher for a consistent period of time. There may be an epoxy solution but the filter top may be fiberglass so not exactly sure how that will stay repaired. Maybe others have ideas.
Reactions: markayash and ralphsyv

The filter is a pressure vessel and a crack cannot be repaired. The filter housing needs to be replaced.

It is dangerous to run the filter with a crack as it can explode and damage property or injure someone. You should turn off your pump until you repair or replace your filter.
Reactions: duade and HermanTX

Yes. It's a single speed pump. I updated my signature with the pump details. The pressure at the filter is typically around 20-28 psi.

It's not dangerous and it's not going to explode.

ralphsyv said:
It's not dangerous and it's not going to explode.
Click to expand...

I think you are underestimating the risk here. 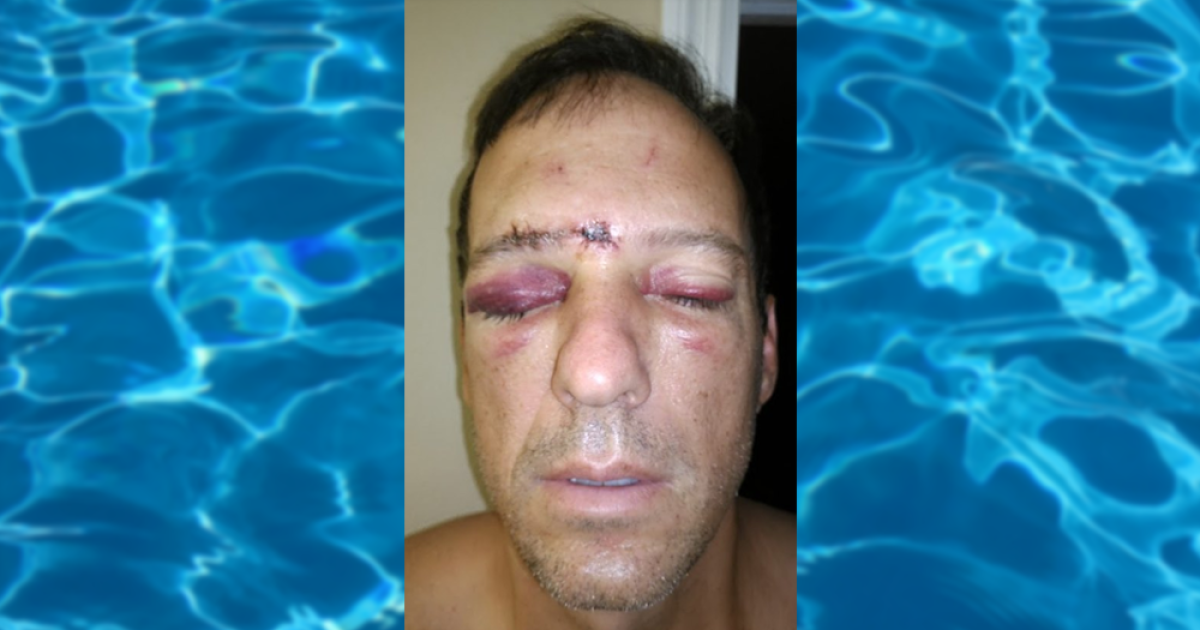 The pandemic has turned more homeowners into do-it-yourselfers. But when it comes to maintenance on your pool the I-team uncovered the risk of pool filter explosions that can sometimes cause devastating injuries.

The bomb in your backyard Well, you asked and got 2 honest replies.

sktn77a said:
Well, you asked and got 2 honest replies.
Click to expand...

True. You're right on that.
J

A crack is no joke.

People can and have been seriously injured.

Multiply 28 psi by the total number of square inches of the filter to get an idea about how much force is available to push a projectile.

Then, calculate the amount of damage that much force can do to a human being.

The consequences can be serious, especially if you get compressed air and the exploding shrapnel is sharp.

On the filter I get you thinking it may not explode but be hard if not impossible to fix long term.
The PVC out of the pump should be replaced, need to buy a union but PVC is easy to work with and if you mess up toss it and try again

Everyone - the filter housing probably had that small crack for at least 10 years and explosions during that time have been infrequent.

@markayash - is there any way to repair a small leak in PVC without taking out the pipes and doing it over? I can see it's probably not that hard to replace, but I haven't worked on PVC before. Any advice on working with PVC?
J

ralphsyv said:
Everyone - the filter housing probably had that small crack for at least 10 years and explosions during that time have been infrequent.

I know someone who had a cracked filter who had the same attitude right up to the second it exploded on them. Trust me, they don't have a dismissive attitude any more. Hopefully, you or your family don't find out the hard way.

Here's the whole setup. I also need to get rid of the Vision/Nature2 unit - it's the blue thing in back. The cartridge hasn't been changed in maybe 14 years. I'm trying this with the pump off ---->I can't open the blue plastic housing at all with the provided wrench. I'm scared to try it because the plastic is deteriorated so badly and I think I need to just replace it with a straight pipe.

Nobody's mentioned it but that blue cement is not pvc cement. If you fix it use the correct stuff. HD/Lowes can show you how.

duraleigh said:
Nobody's mentioned it but that blue cement is not pvc cement. If you fix it use the correct stuff. HD/Lowes can show you how.
Click to expand...

Thanks! So, someone did it wrong? I'm not surprised. The leak is in one of the blue joints.

ralphsyv said:
Everyone - the filter housing probably had that small crack for at least 10 years and explosions during that time have been infrequent.

@markayash - is there any way to repair a small leak in PVC without taking out the pipes and doing it over? I can see it's probably not that hard to replace, but I haven't worked on PVC before. Any advice on working with PVC?
Click to expand...

If it were suction side maybe but Not pressure side Other then the union at the pump PVC is cheap if you feel adventurous. If not a normal handy man might do it for not a lot of money vs a plumber
Reactions: ralphsyv

Pressure side cracks are usually a death sentence for the offending item. In your case, you may be able to remove the gauge, fill the crack and the inside of the gauge connection with 2 part epoxy, and install a gauge between the pump and the filter.

Honestly, though, if it were mine I would bite the bullet and replace it.
Reactions: HermanTX and markayash

I'm trying to plan what to do. Everything has been neglected for a long time so I'm trying to prioritize what to fix first. The new filter head is $125, the gauge is around $20. @markayash pointed out it might be time to replace the whole filter.

I'm looking at the PVC pipes and its a lot more sketchy... if something is going to explode it's the pipes. The pump and filter have been replaced from the original equipment maybe 10 years ago and whoever worked on it just did whatever they could to connect everything.

Nothing is bolted down to the floor - so vibration or pressure changes could put some stress on pipes. And the two 90 degree bends on the suction side is not recommended. On the pressure side - I would add a union at the filter so it can be removed or repaired and make it 2 inch pipe. There's a lot of goofy plumbing here. Everything with blue cement was done relatively recently, and I suspect it was not done professionally.

G
Slight leak in suction line. Is there a fix without replumbing??